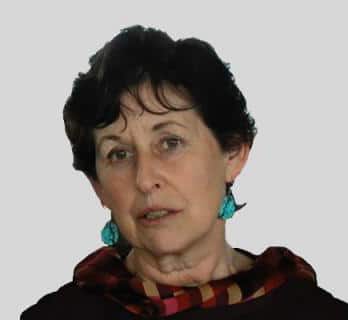 Eve Vivienne Clark, an American linguist, was born in 1942 in Camberley, UK. Clark’s main concern is the first language acquisition and how children learn meanings, word-construction and general semantic and pragmatic issues in the lexicon and in language use. She is currently examining the kinds of pragmatic information adults offer small children as they talk to them, and also children’s ability to make use of this information as they make inferences about unfamiliar meanings and about the relations between familiar and unfamiliar words.

Eve Clark is broadly known for her linguistic achievements to relate acquisition to cognition. She has also done considerable observational and experimental research. She describes that cognition and language exist side by side and children first build on what they know before language, and then employ language in order to construct new categories.

Clark’s intention was to find out how children pick up unknown words by selecting them from the collection of written or spoken speech. Her results showed that children say the new words over and over again, about two times more than the utterance information out of common dialogues.

Children’s grasp of new vocabulary by their knowledge and identification of colors acted as the focal point while Eve Clark wanted to promote her research. She found out that the comprehension of the name given to each color makes children uncomfortable therefore she conducted a study to think of some tips to help children.

Eve Clark looks at how conventionality and contrast both add to language. Convention is defined as an inherited and established way of thinking, feeling and doing that must be followed by everyone to make sure that they are able to communicate appropriately. When children hear a language for the first time, they have to understand the meaning of the word relative to the surrounding words. The contrasting words provide the children with a clue to figure out what the unfamiliar word points out to. Children are able to learn their first language by constant exposure to it. Some of Clark’s latest studies look into the things children can learn about conventional ways to make utterances based on adult answers to children’s mistakes during the process of language acquisition.

Clark also worked on the Language Universals Project at Stanford with Joseph Greenberg, and two years later, joined the Linguistics Department at Stanford University. At the present time, she is the Richard Lyman Professor in the Humanities at Stanford. She teaches linguistics and symbolic systems.