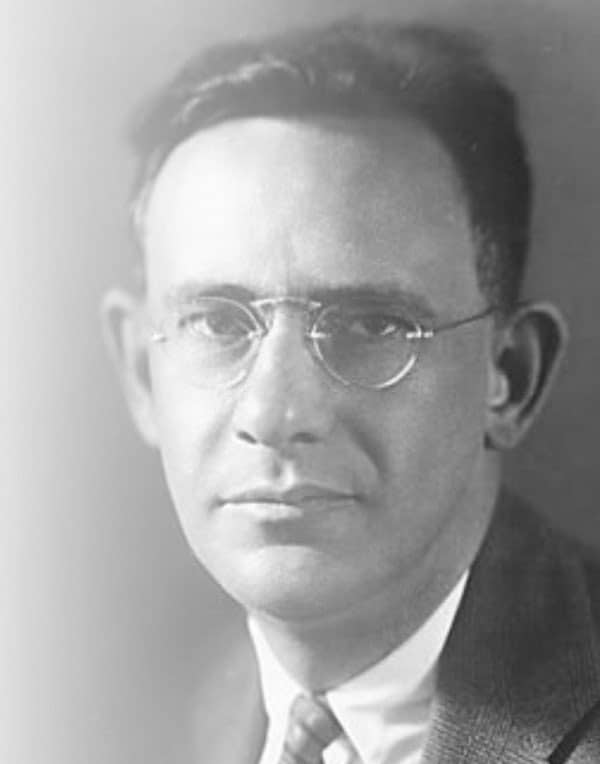 Edward Sapir, most widely known for his contributions to the study of North American Indian languages, was one of the dominant American linguists and anthropologists of his era. Not merely a founder of ethnolinguistics, which considers the study of relations between linguistics and nonlinguistic cultural behavior, he was also a key developer of the American school of structural linguistics.

Sapir was born in Pomerania, Germany, and was five years old when his family emigrated to the United States. He was soon recognized as a gifted schoolboy in New York City. He was awarded scholarships to the Horace Mann School and then a Pulitzer fellowship to Columbia College, from which he was graduated in 1904. As a student at Columbia, where he worked with Franz Boas, he received a Master’s in Germanics and a PhD (1909) on The Takelma language of  Southwestern Oregon. He mainly pursued linguistic anthropology under the guidance of Boas who had highlighted the great potentialities of the anthropological study of language.

In 1910 Sapir became the chief of the anthropology division in the Geological Survey of Canada in Ottawa. Fifteen years of service in that position provided him with great opportunities for field research and writing, however he was relatively isolated from the main centers of anthropological work. Therefore, before accepting the offer of a Sterling Professorship at Yale in 1931, he willingly joined the department of anthropology at the University of Chicago, where he continued to do fieldwork on languages including Navajo and Hupa. At Yale, he played an effective role mentoring a number of students, including Stanley Newman, Morris Swadesh, Mary Haas and Benjamin Whorf. Sapir’s active years ended with his death in 1939 after a series of heart attacks.

Sapir proposed that human being’s principal perception of the world is through language. Many of his articles address the relationship between language and culture. He believed that the diverse behavior among peoples of different cultural backgrounds and their perceptive and cognitive faculties might be explained through a full description of a linguistic structure and its function in speech. His considerable research also extended to comparative and historical linguistics. Besides being a brilliant scholar, Sapir was a poet, an essayist, and a composer whose coherent writing style earned him noticeable literary repute.