On January 19, 1809, Edgar Allan Poe was born in Boston, Massachusetts. Poe’s father and mother, both professional actors, died before the poet was three years old, and John and Frances Allan raised him as a foster child in Richmond, Virginia.

John Allan, a prosperous tobacco exporter, sent Poe to the best boarding schools and later to the University of Virginia, where Poe excelled academically.

After less than one year of school, however, he was forced to leave the university when Allan refused to pay Poe’s gambling debts.

Poe returned briefly to Richmond, but his relationship with Allan deteriorated. In 1827, he moved to Boston and enlisted in the United States Army.

His first collection of poems, Tamerlane, and Other Poems, was published that year.

Following his Army service, Poe was admitted to the United States Military Academy, but he was again forced to leave for lack of financial support.

He then moved into the home of his aunt Maria Clemm and her daughter Virginia in Baltimore, Maryland.

Poe began to sell short stories to magazines at around this time, and, in 1835, he became the editor of the Southern Literary Messenger in Richmond, where he moved with his aunt and cousin Virginia.

In 1836, he married Virginia, who was fourteen years old at the time. Over the next ten years, Poe would edit a number of literary journals including the Burton’s Gentleman’s Magazine and Graham’s Magazine in Philadelphia and the Broadway Journal in New York City.

It was during these years that he established himself as a poet, a short story writer, and an editor.

He published some of his best-known stories and poems, including “The Fall of the House of Usher” “The Tell-Tale Heart” “The Murders in the Rue Morgue” and “The Raven.” After Virginia’s death from tuberculosis in 1847, Poe’s lifelong struggle with depression and alcoholism worsened.

He returned briefly to Richmond in 1849 and then set out for an editing job in Philadelphia. For unknown reasons, he stopped in Baltimore. On October 3, 1849, he was found in a state of semi-consciousness.

Poe died four days later of acute congestion of the brain. Evidence by medical practitioners who reopened the case has shown that Poe may have been suffering from rabies.

Poe’s work as an editor, a poet, and a critic had a profound impact on American and international literature. His stories mark him as one of the originators of both horror and detective fiction.

Many anthologies credit him as the “architect” of the modern short story. He was also one of the first critics to focus primarily on the effect of style and structure in a literary work; as such, he has been seen as a forerunner to the “art for art’s sake” movement. French Symbolists such as Mallarmé and Rimbaud claimed him as a literary precursor.

Baudelaire spent nearly fourteen years translating Poe into French. Today, Poe is remembered as one of the first American writers to become a major figure in world literature. 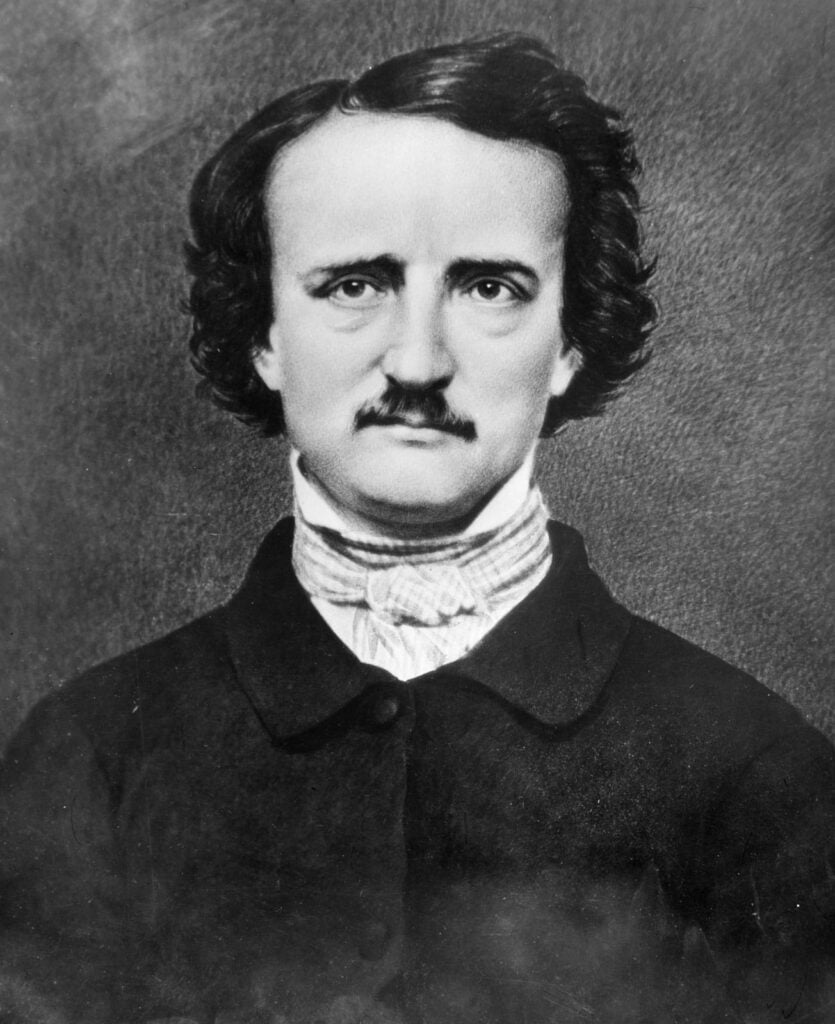