Nathaniel Hawthorne was an American short story writer and romance novelist who is best known for his short stories and two widely read novels; The Scarlet Letter (1850) and The House of Seven Gables (1851).

He was born in Salem, Mass., on July 4, 1804, into the sixth generation of his Salem family. His ancestors included Puritan magnates, judges, and seamen. Two aspects of his heritage were especially to affect his imagination.

The Hathornes (Nathaniel added the “w” to the name) had been involved in religious persecution with their first American forebear, William, and John Hathorne was one of the three judges at the 17th-century Salem witchcraft trials. Further, the family had over the generations gradually declined from its early prominence and prosperity into relative obscurity and indigence.

Thus the Pyncheons and the Maules of Hawthorne’s Salem novel The House of the Seven Gables represent the two different faces of his ancestors, and his feelings about his birthplace were mixed. With deep and unbreakable ties to Salem, he nevertheless found its physical and cultural environment as chilly as its prevalent east wind.

Nathaniel’s father, a sea captain, died in 1808, leaving his wife and three children dependent on relatives.

Nathaniel, the only son, spent his early years in Salem and in Maine. A leg injury immobilized the boy for a considerable period, during which he developed an exceptional taste for reading and contemplation. His childhood was calm, a little isolated but far from unhappy, especially since as a handsome and attractive only son he was idolized by his mother and his two sisters.

Along with Herman Melville and Edgar Allan Poe, much of Hawthorne’s work belongs to the sub-genre of Dark Romanticism; which is distinguished by an emphasis on human fallibility that gives rise to lapses in judgement that allows even good men and women to drift toward sin and self-destruction.

Young Hawthorne was a contemporary of fellow transcendentalists Ralph Waldo Emerson, Henry David Thoreau, and Louisa May Alcott and was a part of this prominent circle of Massachusetts writers and philosophers.

The transcendentalists believed in the “inherent goodness of both people and nature.” Hawthorne was a founding member of Brook Farm, a utopian experiment in communal living although he is not portrayed as a deep believer in its ideals. As Hawthorne matured, he drifted further and further from some of the transcendental principles.

The Scarlet Letter was one of the first mass-produced novels in America and became an instant best seller.

It has been praised for its sentimentality and moral purity by the likes of D. H. Lawrence, who said that there could be no more perfect work of the American imagination. Edgar Allan Poe — a fellow author in the Dark Romantic movement and influential literary critic — wrote negative reviews of Hawthorne’s stories because he did not admire stories that were allegorical and moral in nature.

He died in his sleep in 1864 during a tour of the White Mountains in Plymouth, New Hampshire. 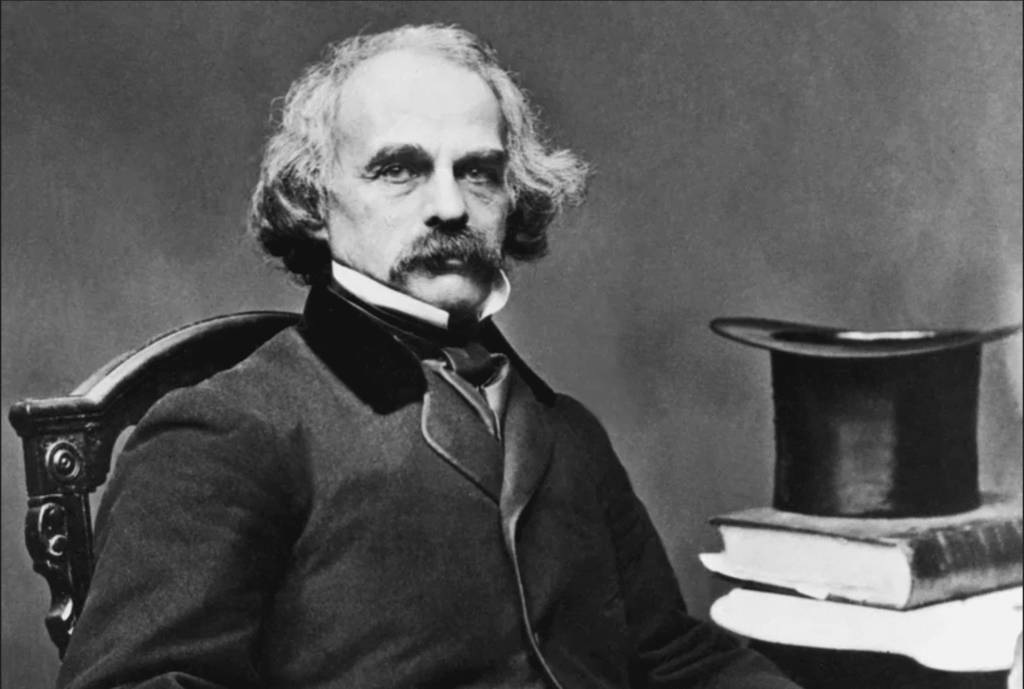