For nearly six decades, Miller created characters that wrestle with power conflicts, personal and social responsibility, the repercussions of past actions, and the twin poles of guilt and hope.

In his writing and in his role in public life, Miller articulates his profound political and moral convictions. He once said he thought theater could “change the world.”  In Millers more than thirty plays, he puts in question “death and betrayal and injustice and how we are to account for this little life of ours.”

A modern tragedian, Miller writes, “I think the tragic feeling is evoked in us when we are in the presence of a character who is ready to lay down his life, if need be, to secure one thing-his sense of personal dignity”. “From Orestes to Hamlet, Medea to Macbeth, the underlying struggle is that of the individual attempting to gain his rightful position in his society.” Miller considers the common man “as apt a subject for tragedy in its highest sense.” Death of a Salesman, which opened in 1949, tells the story of Willy Loman, an aging salesman who makes his way “on a smile and a shoeshine.” Miller lifts Willys illusions and failures, his anguish and his family relationships, to the scale of a tragic hero.

The fear of being displaced or having our image of what and who we are destroyed is best known to the common man, Miller believes. “It is time that we, who are without kings, took up this bright thread of our history and followed it to the only place it can possibly lead in our time-the heart and spirit of the average man.”

Arthur Asher Miller, the son of a women’s clothing company owner, was born in 1915 in New York City. His father lost his business in the Depression and the family was forced to move to a smaller home in Brooklyn.

After graduating from high school, Miller worked jobs ranging from radio singer to truck driver to clerk in an automobile-parts warehouse. Miller began writing plays as a student at the University of Michigan, joining the Federal Theater Project in New York City after he received his degree.

His first Broadway play, The Man Who Had All the Luck, opened in 1944 and his next play, All My Sons, received the Drama Critics Circle Award. His 1949 Death of a Salesman won the Pulitzer Prize.

In 1956 and 1957, Miller was subpoenaed by the House Un-American Activities Committee and was convicted of contempt of Congress for his refusal to identify writers believed to hold Communist sympathies.

The following year, the United States Court of Appeals overturned the conviction. In 1959 the National Institute of Arts and Letters awarded him the Gold Medal for Drama. Miller has been married three times: to Mary Grace Slattery in 1940, Marilyn Monroe in 1956, and photographer Inge Morath in 1962, with whom he lives in Connecticut.

He and Inge have a daughter, Rebecca. Among his works are A View from the Bridge, The Misfits, After the Fall, Incident at Vichy, The Price, The American Clock,Broken Glass, Mr. Peters Connections, and Timebends, his autobiography.

Millers writing has earned him a lifetime of honors, including the Pulitzer Prize, seven Tony Awards, two Drama Critics Circle Awards, an Obie, an Olivier, the John F. Kennedy Lifetime Achievement Award, and the Dorothy and Lillian Gish prize. He holds honorary doctorate degrees from Oxford University and Harvard University.

Throughout his life and work, Miller remained socially engaged and wrote with conscience, clarity, and compassion. As Chris Keller says to his mother in All My Sons, “Once and for all you must know that there’s a universe of people outside, and you’re responsible to it.” Millers work is infused with his sense of responsibility to humanity and to his audience. “The playwright is nothing without his audience,” he writes. “He is one of the audience who happens to know how to speak.” 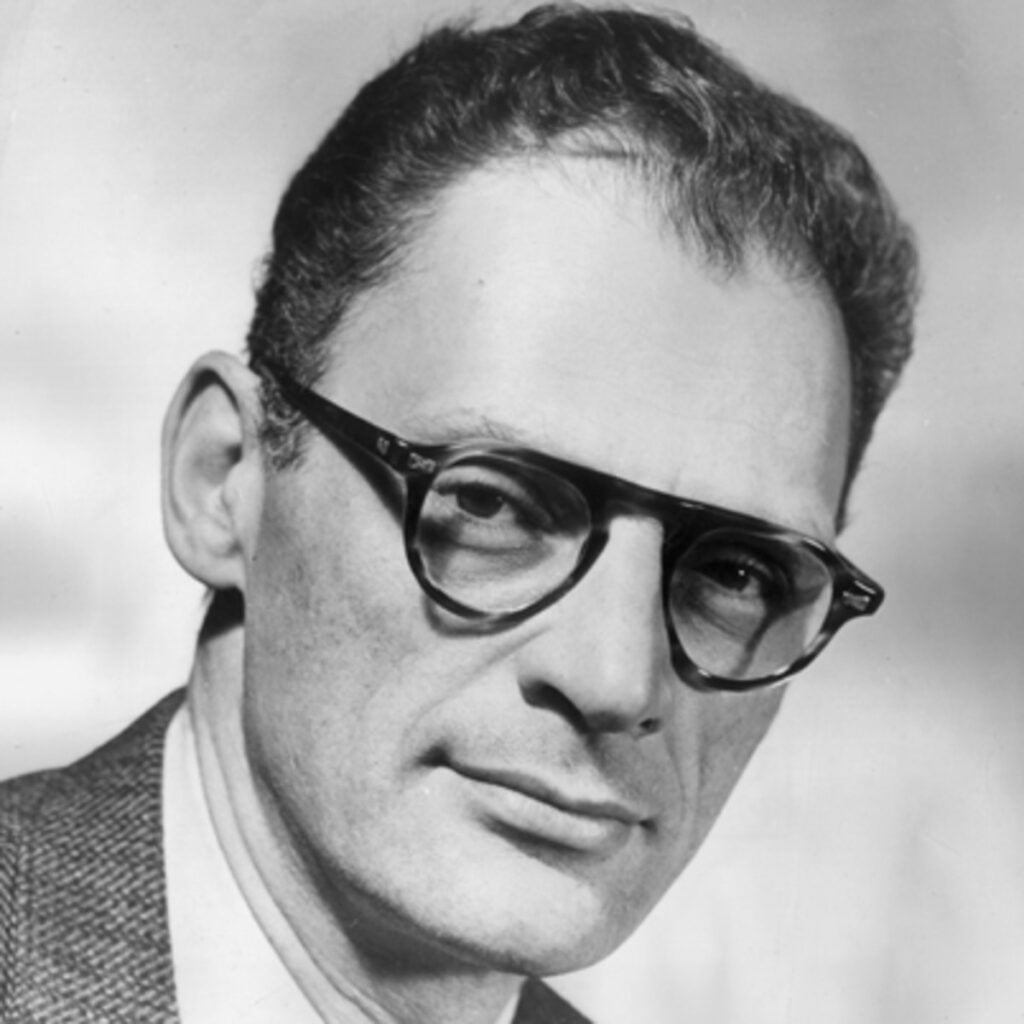