Albee was the adopted child of a father who had for a time been the assistant general manager of a chain of vaudeville theatres then partially owned by the Albee family.

At the time of Albee’s adoption, though, both his parents were involved with owning and showing saddle horses.

He had a difficult relationship with his parents, particularly with his mother, whom he saw as distant and unloving. Albee grew up in New York City and nearby Westchester county.

He was educated at Choate School and at Trinity College in Hartford, Connecticut. He wrote poetry and an unpublished novel but turned to plays in the late 1950s.

Among Albee’s early one-act plays, The Zoo Story (1959), The Sandbox (1959), and The American Dream (1961) were the most successful and established him as an astute critic of American values.

But it is his first full-length play, Who’s Afraid of Virginia Woolf? that remains his most important work.

It was followed by a number of full-length works—including A Delicate Balance (1966; winner of a Pulitzer Prize), which was based in part on his mother’s witty alcoholic sister, and Three Tall Women (1994; Pulitzer Prize).

The latter play deals with Albee’s perceptions and feelings about his mother and is a remarkable portrait achieved by presenting the interaction of three women, who resemble each other, at different stages of life.

Among his other plays are Tiny Alice (1965), which begins as a philosophical discussion between a lawyer and a cardinal; Seascape (1975; also winner of a Pulitzer Prize), a poetic exploration of evolution; and The Play About the Baby (1998), on the mysteries of birth and parenthood.

Albee continued to dissect American morality in plays such as The Goat; or, Who Is Sylvia? (2002). In Occupant (2001), Albee imagines the sculptor Louise Nevelson being interviewed after her death.

Albee also expanded The Zoo Story into a two-act play, called Peter and Jerry (2004). The absurdist Me, Myself, & I (2007) trenchantly analyzes the relationship between a mother and her twin sons.

In addition to writing, Albee produced a number of plays and lectured at schools throughout the country.

He was awarded the National Medal of Arts in 1996. A compilation of his essays and personal anecdotes, Stretching My Mind, was published in 2005. That year Albee also received a Tony Award for lifetime achievement.

After suffering a short illness, Albee died at his home in Montauk, New York, on September 16, 2016 at the age of 88.

He was remembered as one of the foremost playwrights of his generation, known for his distinctive use of language while challenging audiences to examine the suffering caused by conventional, artificial social traditions.

“He invented a new language — the first authentically new voice in theater since Tennessee Williams,” Terrence McNally told the Los Angeles Times after Albee’s death. “He created a sound world. He was a sculptor of words.” 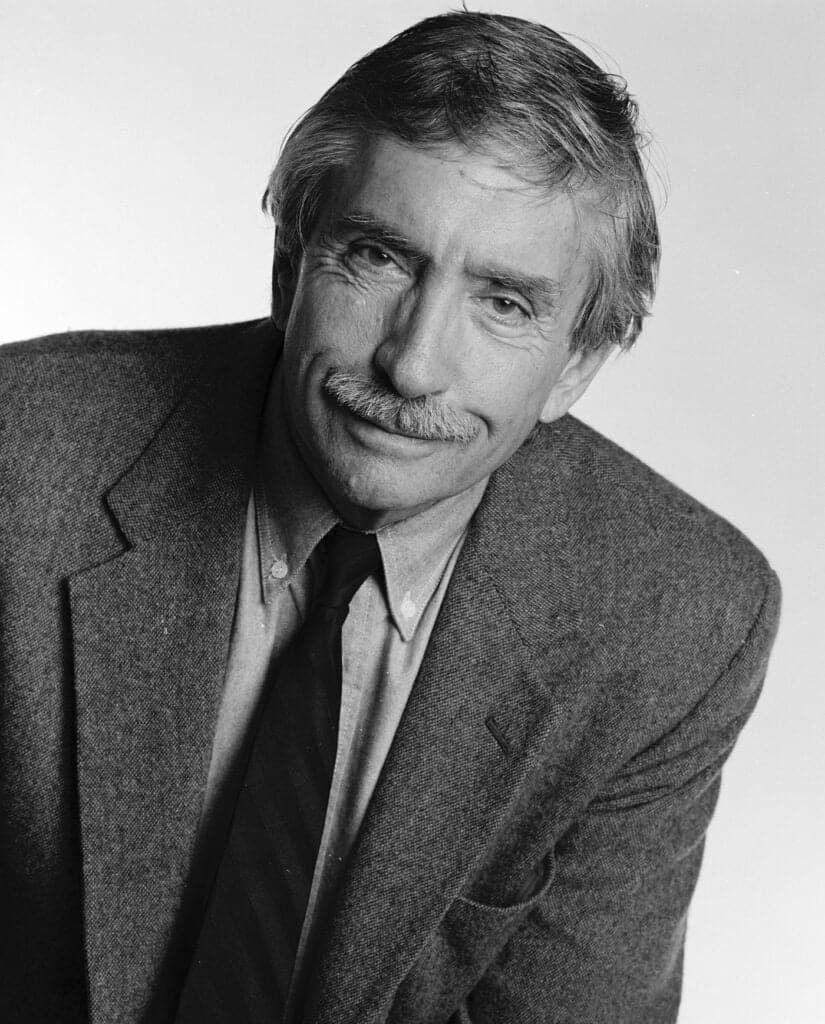